http://ping.fm/NQ49a
This is my new Blog all have a look please leave a comment all are welcome thank you all for taking the time to look.
Posted by Unknown at 12:15 No comments:

MZR Plumbing & Drainage have carried out a CCTV drain survey in erdington , the survey was need for the customer to build over the main sewer, Seven Trent water have asked for the report to be to WRC standards, MZR are Seven Trent approved contractors, and can supply the report and dvd to these standards, CCTV surveys are a great way of checking the condition of the sewers and a fantastic way of preventing blockages before they occur, MZR Plumbing & Drainage carry out CCTV surveys for free after you have had a blocked drain which was cleared by us, we also charge a fixed price of 90+vat for a full 2 hour CCTV survey report and DVD  here are some examples of drain surveys.

In this picture above is a crack on the right hand side of the drain, tho there is no immediate danger of any problems occurring, this would be considered to be a defect.

above is a classic displaced joint on a drain, a displaced joint is where the 2 jointing pipe have moved up or down due to localized ground movement this would cause blockages due to the drain having a "LIP" for the sewage to gather on.

MZR Plumbing & Drainage cover all aspects of drainage repair in shard ens , castle bromwich, kingshurst, sutton coldfield, walsall and all other areas of birmingham
Posted by Unknown at 08:33 1 comment:

MZR have been called to Ballsall Heath in Birmingham to repair a boiler breakdown, the boiler had lost pressure due to a leak on the kitchen radiator, we repaired the leak and re pressured the system so the customer could use the heating and hot water.

MZR Plumbing & Drainage
Posted by Unknown at 13:35 No comments:

MZR were called out to a burst water pipe in a block of apartments, even when the weather is not freezing, pipe still burst main causes of this are poor installation of the pipe when first installed, Luckily for Mr Yarnold www.blockeddrainsbirmingham.co.uk were call and turned up on site within the hour to fix the burst pipe,and the damage to the property was minimal, Mr Yarnold was impressed with the FIXED price structure from  MZR Plumbing & Drainage, which means there are no hourly charges or extra for out of hours charges. 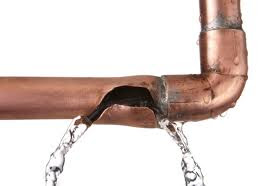 MZR Plumbing & Drainage
Posted by Unknown at 10:13 No comments:

MZR have fitted a new condensing combi boiler, replacing the old boiler with a cost effective new system, which will not only be more quite and CHEAPER to run which is what the customer needs as cheap energy bills are the way forward for everyone

Another blockage at Mcdonalds In stechford retail park, its was caused by sanity ware being put down the toilets, Bins are provided for these so it wont block the drains and overflow.

The drain was cleared By www.blockeddrainsbirmingham.co.uk with an hour of the initial call, we used high pressure water to remove the sanity ware from the pipe work and a CCTV survey was carried out free of charge to check all the sanity had been cleared.
Posted by Unknown at 12:19 No comments:

A very frequent problem in homes is the loo not flushing properly. If the toilet worked properly and then stopped flushing despite how vigorously the handle is pulled, there are only two probable answers.

1. Your handle is not connected to the flushing mechanism in the cistern.

2. The flush diaphragm is split.

A cistern allows water in through a valve located just inside the cistern. There are two main types of valve. One, the most common, is the ball valve. You can get a ball valve repair kit here. The second, ever more widely used is the quieter Torbeck valve. Both operate on the same principle. The water inlet is controlled by a valve which is opened and closed by a lever. The lever or “Float arm” is raised and lowered by the water in the cistern (this is exactly the same system as that used in cold water tanks in most lofts).

A split diaphragm can be replaced by turning off the water to the cistern, flushing the toilet and soaking up any remaining water with a sponge. Once the cistern is empty, unclip the connection between the handle arm and the flush unit. Release the back nut under the cistern and pull the flush unit clear. Unclip the bottom half of the connection clip and pull out the frame which holds the diaphragm. (There may be a spring over the central dowel, don't forget to return this when re-assembling) Unclip and slide off the diaphragm, replace and re-assemble.
Posted by Unknown at 13:38 No comments:

Its very important to make sure that you clean the sand and silt from the gully traps of your drains, the small gullies outside your property are like the U bend on you kitchen in that it will always hold water to stop smells and it collects excess waste that shouldn't be put down the drain, usually its just the grid on the top that gets blocked but sometimes it the U bend on the gully that blocks up, there are tips and trick at www.blockeddrainsbirmingham.co.uk to help you prevent blockages, Mrs Khan in small heath will be checking her drains after a recent blockage.

http://www.blockeddrainsbirmingham.co.uk has unblocked the drain for a FIXED price no hourly rate no extra for equiptment. 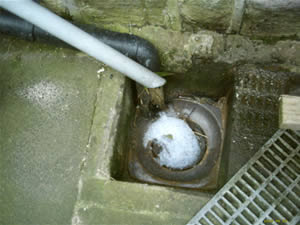 MZR have carried out 3 repairs to the glass washers @ Perfection Snooker Club In Stirchley, we have also repaired the cooker so that they can start to serve Breakfast.

Perfection Snooker club has recently been refurbished and MZR Plumbing & Drainage have carried out all the plumbing heating and drainage repairs. Looks like the Breakfast will a real hit.
Posted by Unknown at 09:08 No comments:

MZR Plumbing & Drainage unblocked a drain for William Davis builders in loughbrough, the cause of the blockage was due to roots ! thats correct roots in drains? its quite common for roots to grow though the perished joints in the drains, which then in time build up a root mass and eventually block the drain, in some cases the drain would have to be excavated to remove but if caught early enough it can be root cut and reline to prevent further problems.

MZR Plumbing & Drainage
Posted by Unknown at 13:53 No comments: