Birmingham Drain Relining Service:
Drain lining and drain relining are both incredibly important jobs. MZR Plumbing & Drainage Birmingham we have invested in the most advanced equipment. This allows us to deliver accurate and guaranteed drainage lining and relining services. Our highly trained & reliable drain repair engineers perform these relining services throughout Birmingham. If you have any problems then contact us, we usually start this process by carrying out a CCTV survey to pinpoint the drain lining fault.

Why Drain Relining?
Drain relining is simply a cost-efficient alternative to other, more traditional, drain repair solutions. Drain relining is quickly becoming more and more popular due to the numerous benefits that come with it. These include an increased flow rate, and minimal disruption. It also helps to prevent tree root infestation.

Our engineers use a CCTV drainage survey to carry out the drain lining repair quickly and efficiently. This allows us to locate the exact spot that is damaged, removing the element of guesswork. This ensures that your drains aren’t going to get damaged further in the process, and that all the lining or relining repairs will be of the highest quality.

How Drain Relining works:
We have a very simple process. To start with we Jet high-pressure water through the affected drains, this clears away any debris or blockages that may be present. After this we place a CCTV camera through the drainage system, this allows us to clearly locate and pinpoint the affected areas. Once both tasks have been done our drain engineers can inform you of the best available treatment plan. After the best, most cost-effective solution has been agreed upon, your drains will be fixed in no time at all.

Why Choose Us?
We believe in competitive pricing, as well as being both ethical and efficient. This is quickly making us one of Birmingham’s favourite drainage company.
As Birmingham’s experts in drain lining, our business is generated based on jobs that we have already performed – this means that we rely on providing a quality drainage service to keep business flowing. We’re able to use our knowledge, expertise, and modern technology to tackle any issues that you may have.
CCTV Drain Surveys:
We use CCTV drain surveying technology so that we don’t have to perform any excavations on your drainage systems. These excavations can be known to damage the pipes more than they were initially damaged. By using CCTV techniques, we can go deep inside of the pipes, determining the exact cause of all your drainage problems quickly – and without causing any further damage. Our CCTV drain survey is competitively priced, and it leaves you with the option of a cost-effective solution once we find the problem.

Small Drain Collapse:
You may think that if a drain collapses there’s no option other than a large excavation, but we may be able to prove you wrong. If it isn’t a major drainage collapse, we can simply reline the drainage system to prevent the need for a large-scale excavation. J Snow Drainage is highly capable of performing drain relining operations on defected drainage pipes, no matter what material the pipes are made from. We can reline 4-inch, and 6-inch and 9-inch drainage pipes – these are the standard sizes of drainage pipes in domestic and commercial properties across London.
Drain Patch Lining:
When our engineers are doing the CCTV drain survey, they may find that your pipes only have miniscule cracks, or slightly misplaced pipe joints. If this is the case we won’t have to perform a full reline repair, and can instead just do a simple patch liner. This makes it most cost efficient for you, as we only have to target certain areas of the pipe, without the need to fully alter or repair them in other ways.

Repairing Collapsed Drains:
Badly collapsed drainage pipes unfortunately can’t just be relined. Pipes generally corrode with age, and you need a highly trained drainage company to deal with that issue. We have been serving the London community for years, and our highly skilled engineers can successfully repair completely collapsed drains.
Do I need a drain repair?
Ideally a drain repairs should take place as soon as an issue is noticed. Otherwise the overall cost of repairing the drain will keep getting higher. This is due to the damage that could be caused to the property. Here are some of the most common signs for you to look out for:

• We provide a 24/7 drain lining service.
• We guarantee to respond to any queries within the hour.
• All of our work comes with a 10-year guarantee.
• We won’t charge you for the call-out.
• Our CCTV drain survey check is competitively priced.

If you’ve ever dealt with blocked drains before, you’re probably hoping that you’ll never have to deal with them again. Depending on the severity of the blockage, the inconvenience can range anywhere from mild to catastrophic. Some problems can be fixed in almost no time at all with a simple home remedy, but others require you to seek the help of a professional who has access to all the tools and methods they’ll need. Thankfully, not every slight hiccup in a drain’s life is a cause for alarm, and there are many steps one can take to prevent such tragedies from happening. 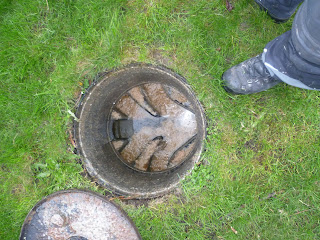 As noted, there are many warning signs to look out for that will alert you as to if your drains are experiencing any trouble or not. Firstly, you’ll notice an unpleasant and distinct smell in the drain, especially when it tries to flush. This will come from the water and debris remaining stagnate for such a time that it begins to sour and create an odour that spreads throughout the area. If the blockage in one particular drain remains for long enough, you’ll soon notice none of your drains (sinks, loos, or even outside drains) are working properly.
If you continue to let the situation escalate after this point, it may not be within your power to fix. The next inconvenience will be much worse than the others, as your waste and refuge from the recent weeks begins overflowing into your yard, driveway, bathroom or even kitchen. At this point it will cost more and take much more time than it would had you tried to fix it earlier. To avoid this altogether, look for the following signs. 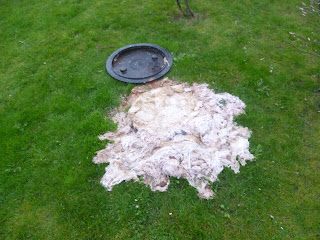 If you hear odd sounds after you attempt to flush one of your toilets, don’t ignore it. The gurgling sound is made when the air in the drain is attempting to push through trapped water and waste. A rotting smell will be one of the first things you notice, which comes from the backed up water slowing becoming mildew and rotting the pipes. If you notice your water draining more slowly than normal, that’s a clear sign that something is in your drains that shouldn’t be.
There are a few home remedies you can attempt to prevent the problem from worsening. Consider, obviously, using a plunger to push any blockage entirely through your drains. You can also use Coca-Cola or another sugary, acidic soda to possibly break up stuck debris by pouring it directly down the drain. Drainage rods should be used as a last resort, but if you feel comfortable using one, you may be able to remove the blockage from whatever point it sits between your drain and the outlet.
If all of these attempts at home remedies fail, it may be time to look for a group capable of professional Drain clearance in Birmingham . While it’s always smart to try your hand at a personal solution to any in-home problem you might have, it’s definitely not worth the risk of making the problem worse. If you feel at some point that you’re in over your head, or run the risk of doing any damage at all, step away from the problem and call in the professionals. They can ensure that your drains will be up and running again as quickly and efficiently as possible.
Posted by Unknown at 10:36